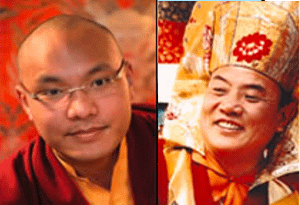 In the 1980’s, Najeeb Halaby came to the Baca Grande in connection with the Aspen Institute, now Colorado College. He was a well established business man and the former chairman of Pan Am Airlines.

He built a house surrounded by a number of gradual environments or “stations” culminating in the Ziggurat, as a testament of love to his wife, Jane Allison Coates. The house was a gift to Jane, complete with large mirrors and a sunken hot tub in the master bedroom.

Najeeb or “Jeeb” was a charismatic man with big visions. The design of the house and the “stations” he installed began by emphasizing water as the “fountain of life” with the hot tub and the reflecting pool just outside the patio doors. They represented the sense of cleansing and rejuvination.

Walking south, Jeeb and Jane arrived at and walked thru the large wooden gate, creating a sense of transition. Further in the open fields, they stood on a large cement platform, a depiction of the vast view and contours of the mountain ranges.

As they continued walking in the same direction, a clearly defined sand dune ridge came into full view. Prominently on top of this sat the yellow ochre colored Ziggurat. Trudging up the loose sand they reached this sacred structure with its 360 degree views. Integral to the structure was a counter clockwise spiral-like path, wrapping around two times. Together they reached the top.

Here they celebrated their love for each other in union/communion and positive aspirations for the world at large.

The symbolism and the use of a Ziggurat is veiled in ancient obscurity. These towering stepped-temples are of pre-islamic origin, and some remnant ruins are still visible in Iran-Iraq. Their main purpose is thought to be the enhancement of access to higher spirtual realms, as well as functioning as fire altars with associated devotional practices.

Donated to the Karmapa

Najeeb Hallaby donated the entire property to the 16th Karmapa, His Holiness Rangjung Rigpe Dorje and it now belongs to the 17th incarnation, His Holiness Orgyen Trinley Dorje.

Based on and excerpted from “Crestone – a Sacred Earth Journal” 4th Edition published by Cindy Pearson Garcia, 2020.